Welcome to my website and thank you for visiting. 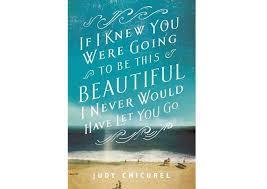 "If I Knew..." Paperback now available at:

UPCOMING EVENTS
Long Beach Library: On Wednesday, November 2, I'll be speaking at the Long Beach Library (West End Branch). Come on by at 7 pm for the library's monthly book club event. Hope to see you there! And check out the latest from Long Beach Stories.

Literary Hub: Honored to have an excerpt in the Literary Hub. Love this visual @thelithub Tweeted.

NEWS
It's an exciting time; my book, If I Knew You Were Going to be This Beautiful, I Never Would Have Let You Go, was released in October 2014. Thanks to all who joined me at the launch party at the BookCourt in Brooklyn.

Brooklyn Magazine: 8 Writers To Watch For In 2015
Honored to be named among these Brooklyn writers

"Chicurel's coming of age story, set in a small, downbeat community on Long Island in 1972, tells the story of a group of friends on the cusp of adulthood coming to terms with the past, the future and the very present backdrop of the Vietnam War.

It's a novel which viscerally evokes a time and a place so powerfully that when the various threads of story culminate in the final chapter (and the significance of the book's title finally makes itself known) it also has the power to break your heart.

It's a novel that reminded me of Philip Roth's later works and I can't really think of higher praise than that."
Hannah Beckerman, Journalist & Author of The Dead Wife's Handbook

"...a stunningly evocative portrait of a down-on-its-luck town and its people who, like Katie, are trapped between the past as they've known it and the promise of the future." Booklist (starred review)

THE GUARDIAN
Interview with The Guardian
"...a beautifully evocative portrait of one tight-knit working-class community on Long Island during the summer of 1972....the book is infused with a sense of melancholy; it permeates each scene in the same way a salty dampness seeps in from the sea into the homes of the characters."
Lucy Scholes, The Guardian

GLAMOUR UK Reviews
GLAMOUR UK Reviews
"...Highly evocative of its era (we love the references to Hendrix and The Stones) and with a colourful cast of local characters, this is Katie's love letter to her hometown. Silly title, lovely book."
Kerry Potter, GLAMOUR UK

HARPER'S BAZAAR UK Best Autumn Reads
Top Five Reads for Autumn
"...Vietnam – forms the backdrop for this intuitive debut. While a distant conflict transforms their lives, a group of Long Island school friends smoke, drink and do the things teenagers do through the course of one long, painful summer. More a collection of intricately connected stories than a novel with a spectacularly long title, this book will haunt you long after you’ve finished."
Sam Baker, Harper's Bazaar UK

Selected by The Bookbag: TOP 10 GENERAL FICTION BOOKS 2014
The Bookbag review
"...Judy is clever in the way that she wields her words. This definitely isn't thrown together. As these people reach off the page to touch our hearts we will, at times, read a sentence that will stop us in our tracks when its full connotations hit."

RUNNING IN HEELS MAGAZINE UK: 2014 Best Books
Ten of the must-read novels to be published in 2014
"gratifyingly compelling...A memorable first novel from Chicurel."

Selected by KoboReads: Best New Releases of the Month
KoboReads
"... the best of the new releases this month. These are the books you won’t want to miss – including hidden gems that otherwise might be overlooked in the rush of the day, the best of the big buzzy books everyone’s talking about, the books that will make the evening commute or the hours before bedtime or the wintry sunny afternoon that bit more wonderful. "

THE BOSTON GLOBE BOOK REVIEW
The Boston Globe Book Review
"Chicurel has the ability to sketch characters so real we can feel their breath on the back our necks, their voices in our ears, and we come to care deeply about all of them. Her sense of place, and of the 1970s, is indelible." Caroline Leavitt, The Boston Globe

"...a dazzling debut collection that brings to mind the books of Richard Price and the films of Martin Scorsese. The characters in the stories burrow deeply under your skin and stay there. Wonderful, vivid, funny, heart-wrenching and authentic. I did not want this book to end."
Julie Klam, New York Times-bestselling author of Friendkeeping

"This is not just another 'coming of age' tale, but a wise, clear look at what it was to be a young woman at a singular time in our country. Chicurel's portrait of a small town in the '70s speaks volumes about who we are as a culture. 'Debut collection' is misleading here. This is a beautiful, accomplished book."
Katie Crouch, New York Times-Bestselling Author of Girls in Trucks and Abroad

"It's the early 1970s and Katie is growing up in a Long Island town still grieving in the aftermath of the Vietnam War. Judy Chicurel effortlessly brings Katie and her close circle of friends to life, battling the daily hardships of a town in economic distress while looking for a greater sense of escape. It is a beautiful and heartwrenching depiction of everyday life in the face of fear, love and loss....Judy Chicurel has written one of the standout novels of the year, earning justified comparisons to Anne Tyler and Jennifer Egan."
NetGalley UK Newsletter Book of the Month for October

cargoART, Australia's Arts and Culture Guide
cargoART, Australia's Arts and Culture Guide
"... The characters are well thought out, the scenes are clear and present; you cannot help but become entirely involved in their lives...the overall tone of the book gives one a sense of hope, and creates a sadness that is tinged with joy, or perhaps it's vice versa. Either way, I would highly recommend reading." Lily Guy-Vogel, cargoART 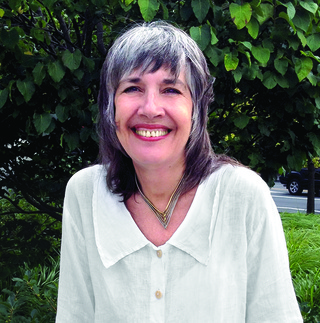 ABOUT JUDY CHICUREL....
Judy Chicurel's writing has appeared in national and regional publications, including The New York Times, Newsday and Granta.
Her plays have been performed in NYC theaters and festivals, including the NYC International Fringe Festival, New Perspectives Theatre and Metropolitan Playhouse. She is a member of the New York Writers Coalition, and was a 2011 Fellow in the CUNY Graduate Center Writers Institute Fiction Writing Program.
Her novel, If I Knew You Were Going to be This Beautiful, I Never Would Have Let You Go, is forthcoming from G.P. Putnam's Sons on October 30, 2014.
Judy lives by the water in Brooklyn, New York.